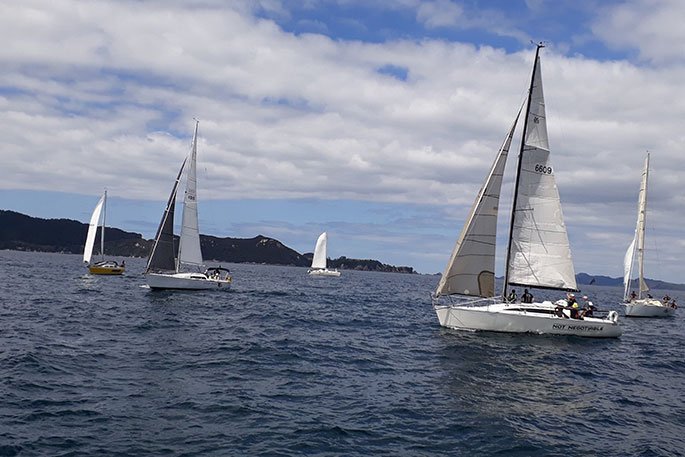 Start times for today’s race are set at each teams’ discretion, and will be followed by two races around the Mercury Islands over the weekend, and a return race on Monday.

The fastest team will win a Zeus Chartplotter, which retails for more than $3,000.

Last year’s top three sailing teams have returned for and other round, as well as some new faces from as far as Auckland – helping make this year’s Regatta the biggest ever.

Mount Yacht Club media member Lyndsay Hayward, who is racing in the all-woman team Rascal Tom, says the large turnout will make for an exciting event.

“We didn’t doubt that it would go ahead.

“But after the year that has been, we feel lucky to be out sailing.”