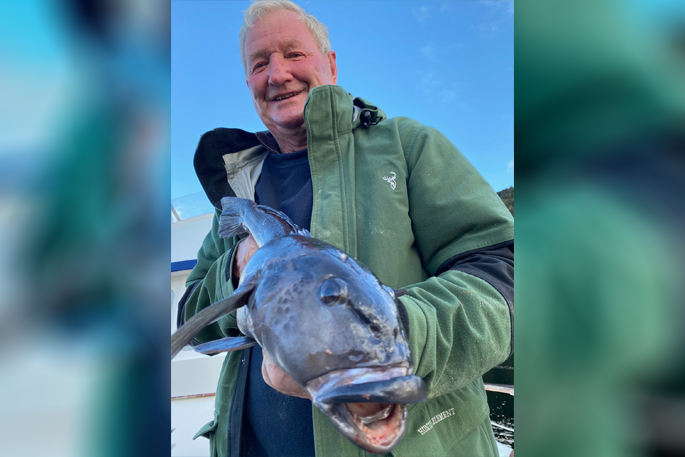 Some anglers in the Bay of Plenty and Coromandel say they’ve definitely been catching more and larger blue cod over  recent years.

However, when asked, others say they haven’t noticed a marked change.

So perhaps my observation is just a personal opinion, but I have definitely caught more legal-sized cod over recent years much to the delight of all parties.

Not really a cod

According to Wikipedia, the blue cod is not a cod. The word blue cod can date back to the time of Captain Cook.

However the name is  so widely used in New Zealand that it is unlikely to be changed.

Blue Cod are exclusive to New Zealand. They can change sex from female to male!

They are particularly territorial.

With their bulbous lips they devour and prey on various species and prefer habitats that are rich in diversity, consuming anything abundantly  available locally.

They are the most popular recreational fish in the South Island.

The textured white flesh is low in oil content and rates highly as one of the most preferred species by many.

Large cod pots are used in southern waters for the bulk of the commercial take where the cod enter from the side and would no doubt be in fine condition upon retrieval.

On a trip viewing the vessels at the stunningly beautiful town of Riverton,  it was interesting to view the factory where kina were being processed and  the shop on the wharf where cod wings were sold.

Some of the cod landed were like small hapuka and we appreciated the amount of fine flesh on such portions.

Our biggest catch was a cod measuring five cans of Speights, which was a measuring device readily available.