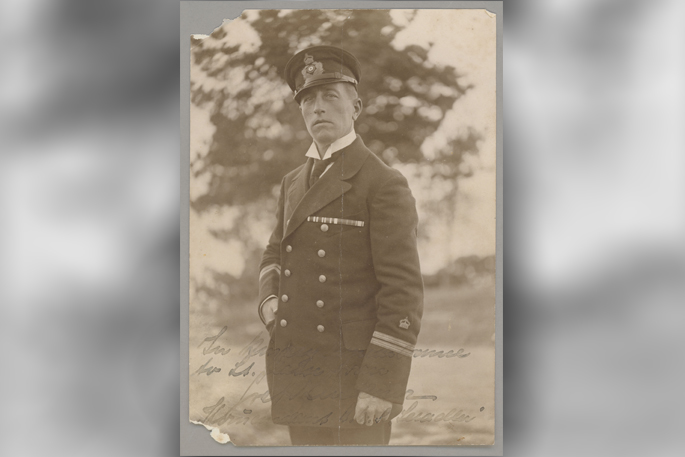 Portrait of Von Luckner, signed on his trip to  New Zealand in 1938.

Count Felix Von Luckner was labelled the Sea Devil as well as a gentleman naval officer, who had an interesting involvement in the Pacific and in our waters during World War I.

Von Luckner was born into a famous German military family in 1881.

His father was determined that he should follow family tradition and go into the cavalry.

His parents despaired at his lack of motivation or inclination to learn, but Von Luckner preferred adventure.

He ran away and made a personal pledge that he would not return until he was “wearing the Emperor’s naval uniform with honour”.

Unless you had a good education, there was no hope of ever becoming an officer and to gain access to a ship, he required written permission from his father.

At the Hamburg waterfront he tried, unsuccessfully, to be signed on as a 13-year-old on one of the many sailing ships in port.

A sympathetic sailor who rowed him to many of the ships befriended him, after learning he ran away from home.

He finally gained an unpaid cabin boy position on a Russian sailing ship travelling to Australia.

The sailor arranged all of the necessary personal equipment and gifted him his sea chest, which every sailor needs.

Problems developed immediately. Communication was one of them as the Russian captain, who hated Germans, was the only person with a basic knowledge of the language.

Von Luckner was assigned the role of overseeing the latrines and cleaning the pig pen. Sewage filled his shoes and his clothes were a mess.

With water being a commodity, he was forever dirty.

“Everyone kicked me because I smelled like a pig.”

He ate whatever the sailors left on their plates.

Von Luckner was afraid of the masts, dreading the thought of going aloft. He desperately climbed every day and slowly gained confidence, eager to gain respect from the other sailors.

When attempting to unfurl the canvas while rounding the Cape of Good Hope in a storm, a gust of wind dislodged him and he dropped 27m onto the braces.

The ship heaved with a swelling wave, causing him to be thrown into the sea. If he struck the deck, he would’ve been killed.

He came up astern in the wash with the ship travelling at 8 knots.

The captain refused a rescue attempt, believing lives of other crew could be lost. The chief mate defied the captain, who threatened him with a harpoon, and launched a lifeboat  with volunteers.

Several albatross hovered above Von Luckner, mistaking him for something to eat.

One albatross kept him afloat by seizing his hand, attracting other birds and giving the rescue party a reference point, thus saving his life.

After 80 days, sighting land only once, the ship  arrived at Fremantle where Von Luckner was relieved to meet sailors from a German ship and converse in a familiar tongue.

He decided to jump ship. His new crewmates helped him smuggle his sea chest off the Russian ship, which departed without a search for Von Luckner.

During the next seven years Von Luckner had an amazing array of occupations including a kangaroo hunter, professional boxer, circus worker and guard in the Mexican Army.

This afforded him training at a German navigation school, and became a Navel Lieutenant. He returned to his parents who were most relieved, and proud.

Von Luckner gained his captain’s qualification and was given command of the Seeadler (Sea Eagle), a German raider.

There were 400 bunks for captured sailors, with more spacious and comfortable areas reserved for higher ranked prisoners.

Von Luckner stated “a sailor is a sailor, no matter what his nationality and if I took any prisoners I wanted them to feel as though they were my guests”.

The crew undertook extensive training and rehearsals in their disguise as a Norwegian vessel.

The blockade was extensive, and as well as British mines, the crossing was high risk.

Seeadler encountered one of the worst storms in years.

Many British sheltered their guard ships so Von Luckner’s crew could clear the main blockade, but they were intercepted by a British armoured cruiser soon after.

The crew hurriedly prepared for inspection, soiling the papers with water and sending crew members that didn’t speak Norwegian below deck.

A crew member dressed as the captain’s wife and Von Luckner chewed tobacco, both traditions followed by many captains.

After a long, anxious time the boarding party left, but concern was mounting that they might check Lloyd’s Register of Ships or notice the ship’s propeller.

Provisions were supplemented by captured ships.

Von Luckner resorted to various tactics to attract ships,  setting an array of flag messages, asking for the time, to set off a smoke generator.

When a ship turned to render assistance to ‘the burning sailing ship’, a shot killed a British sailor when a steam pipe was ruptured. This was the only loss of life from the Seeadler’s voyage.

The Royal Navy were intent on sinking the Seeadler and had cruisers and armed merchant cruisers in the area while the captures continued, sinking several American ships as they had since entered the war.

Von Luckner required his ship to be laid up so the hull could be scraped clean, so he headed for a coral atoll in the Society Islands, French Polynesia.

Disaster struck as the ship drifted, ran aground and was wrecked.

Some of the 46 American prisoners say this occurred while they were picnicking ashore, but Von Luckner states a tsunami struck his vessel.

The group managed to salvage two of the ship’s boats, firearms and provisions.

Von Luckner set on a mission with five crew in one of the 10-metre open boats hoping to sail to Fiji, capture a sailing ship and return to pick up those left behind.

After a long trip to the Cook Islands, suspicions arose about the makeup and intentions of this group.

Von Luckner was intercepted by a police party and surrendered to this group.

He had a cache of arms that could have overpowered the police party, but didn’t want any bloodshed.

His group wasn’t in military uniform, so he made the decision not to engage the boarding party.

A French trading ship  anchored near the remaining  party and the armed shore party captured it, putting ashore the crew and departing with all of the German crew.

This mission ended when the vessel struck uncharted rocks off Easter Island and the crew were interned by the Chilean government for the remainder of the war.

A small American party took the remaining open boat and sailed 1600km to Pago Pago to arrange rescue for the remaining 44 sailors on the atoll.

Von Luckner was transferred after a trial to Motuihe Island, Auckland, at  an internment centre for higher  ranked personnel.

His group planned an audacious scheme to capture the commander’s fast motor boat, The Pearl.

They set one of the barracks alight to create a diversion, and cut the telephone wires connecting the island to  the mainland.

With the guards all involved in the fire, the group set out with previously stashed supplies, which included a machine gun.

Von Luckner was dressed in the commandant’s best dress uniform, which a crew member stole just prior to leaving.

They headed for Red Mercury for two days after escaping the large number of vessels searching for them, and attempted to seize two sailing vessels.

One, the Rangi, escaped and alerted authorities but they boarded the Moa, a coastal scow carrying timber.

A course was set to the Kermadecs where the government had a cache of provisions for castaway sailors, which was gratefully received on arrival.

The group lost the Pearl, which they had been towing, but had the crew of the Moa with them.

The Iris, an auxiliary ship armed with a cannon, intercepted the Moa and Von Luckner and his crew were prisoners again.

The capture created huge interest in Auckland when the Iris returned with the Moa in tow.

They were jailed in Mt Eden for 21 days, then sent to River Island in Lyttelton Harbour before being returned to Motuihe, where they planned another escape. The Armistice came a week too soon for this to be implemented.

During his post war years, Von Luckner wrote a book and sailed on a goodwill world trip as an entertainer, speaking to numerous groups.

His trip to New Zealand from February to May 1938 created incredible interest and controversy, being funded from the German government.

He claimed to be just a sailor and was not a Nazi member, knowing nothing about their politics.

Later, informants noted that Von Luckner had ordered hundreds of propaganda books to be thrown overboard near the Panama Canal.

He was accused of treating this trip as a private pleasure cruise rather than the primary motives intended and outlined  by the governing regime.

The case against him was shelved with the start of World War II.

He passed away in 1966 after an eventful life. Von Luckners Cove at Red Mercury Island marks the place he sought refuge prior to boarding the Moa. 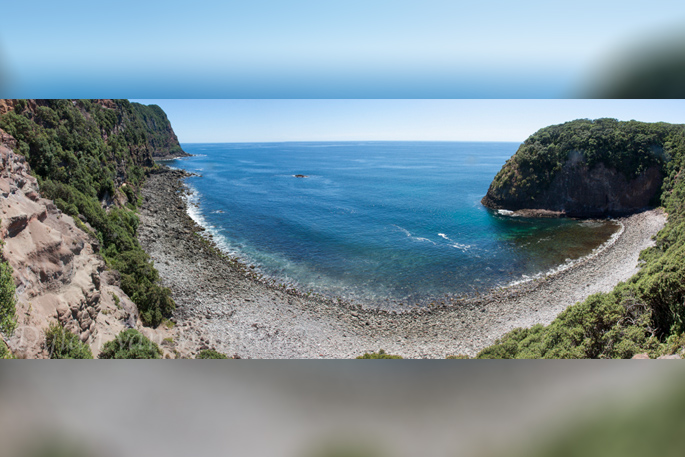